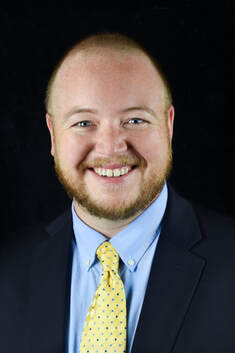 Matt Weaver is the current Director of Bands at Southside High School in Southside (Gadsden), Alabama.  He and his wife Haley (who teaches kindergarten) met while in the band at JSU.
The Weavers have two sons, Benton Allen and Pearson David.

Mr. Weaver was awarded a Citation of Excellence in 2018 from the National Band Association and has been recognized several times by the Etowah County Board of Education for outstanding performance.  He is a 2012 graduate of Jacksonville State University, where he earned a BA in Music Education and a 2020 graduate of the University of West Georgia where he earned a MM in Music Education.  While at JSU, he served as a section leader for the Marching Southerners and studied arranging with the late Dr. David L. Walters.  He studied tuba performance with Chris Hosmer (JSU) and Daniel Perantoni (IU) at the Rafael Mendez Brass Institute in Denver, Colorado.

While at Southside, Mr. Weaver has continued the program’s long tradition of musical and personal excellence earning all superior ratings at concert and marching contests and evaluations.  Due to the program’s growth, two additional directors (RMS & SHS) were hired, and in 2015, the Southside Wind Ensemble was created as an additional, audition-based concert ensemble.  Under his direction, the Wind Ensemble was selected to perform at the 2018 AMEA Professional Development Conference in Birmingham, AL.  The Southside Band has been featured numerous times on national and international television, most recently on “Fox & Friends” live from the Talladega Superspeedway.  Under Mr. Weaver’s direction, the Southside Band has performed in the 2013 Philadelphia Thanksgiving Day Parade, the 2016 San Antonio Fiesta Flambeau Parade, the 2020 Chicago Saint Patrick’s Day Parade, and has twice performed in Walt Disney World’s Magic Kingdom.

In addition to the performing ensemble courses, Mr. Weaver also teaches music theory and composition.  Several of his students have gone on to pursue high education in the performing arts and music education.  The SHS graduating class of 2022 was awarded over $100,000 in musical scholarships.  He is an active member of the Alabama Music Educators Association, and Alabama Bandmasters Association.  Mr. Weaver is also a member of Phi Mu Alpha Sinfonia Men’s Music Fraternity, the International Tuba & Euphonium Association, and is currently serving as Principal Tubist for the Gadsden Symphony Orchestra.

A native of Blue Ridge, Georgia, Mr. Weaver is a frequent clinician, adjudicator, and guest conductor.  He and his family reside in Southside and attend Rainbow Presbyterian Church (PCA) in Rainbow City, AL.
​​​
Assistant Director of Bands - Austin Waits 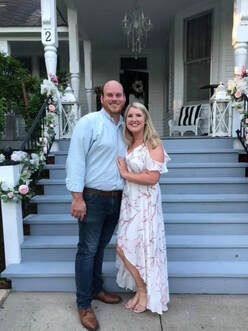 Austin Waits is a 2019 graduate of Jacksonville State University, where he served as trumpet section leader for the Marching Southerners and principal trumpet in the JSU Chamber Winds. He is married to Hannah (Cannon) Waits. The Waits are both natives of Gadsden, Alabama.
​
Mr. Waits has previously taught elementary music in Gadsden City Schools.  He recently served as both the Band and Choir Director at Etowah Middle School, where he assisted the high school band.  Mr. Waits is passionate about many forms of music and performs regularly on guitar and as lead singer with the Tuckahoe Travelers. 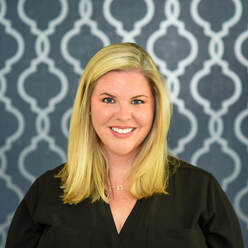 Mrs. DeGaetano is the Director of Bands at Rainbow Middle School.  She has previously taught at Crossville, Gadsden City, and Albertville Middle School.  Mrs. D was a student intern with Mr. Murphy at Rainbow Middle and Southside and is glad to once again be back home.  Mrs. D is a board member of the Alabama Bandmasters Association and currently servers as Chairman of District II.  She and her husband Brian live in Gadsden, AL with their daughter Kate.
​
​
Staff
Crimsonette Instructor - Whitney Wood 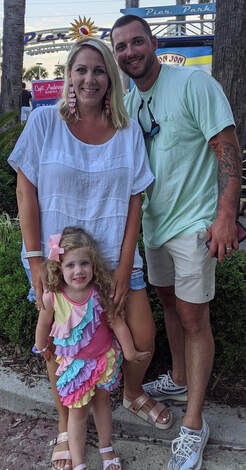 ​Mrs. Whitney Wood is The PRIDE’s Crimsonette Danceline Instructor.  Mrs. Wood is a graduate of the University of Alabama where she marched with the Million Dollar Band as a Crimsonette.  Mrs. Wood and her family reside in Rainbow City, AL where she serves as an instructor at Ms. Tammy’s Dance Studio.
Colorguard Instructor - Taylor Romine 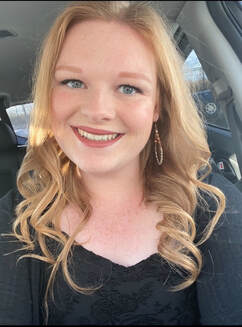 ​Taylor Romine is a 2017 alumna of Southside High School. She recently graduated from Jacksonville State University with a bachelor’s degree in Chemistry. At JSU, she was a member of the Southerners Colorguard for four years. Taylor served as a flag captain and head captain in 2019 and 2020. She has also marched at various programs including, Reverie and JSU Center Stage. She is currently attending Samford University’s Pharmacy School. Taylor is excited to be returning as an instructor for The PRIDE!
Proudly powered by Weebly